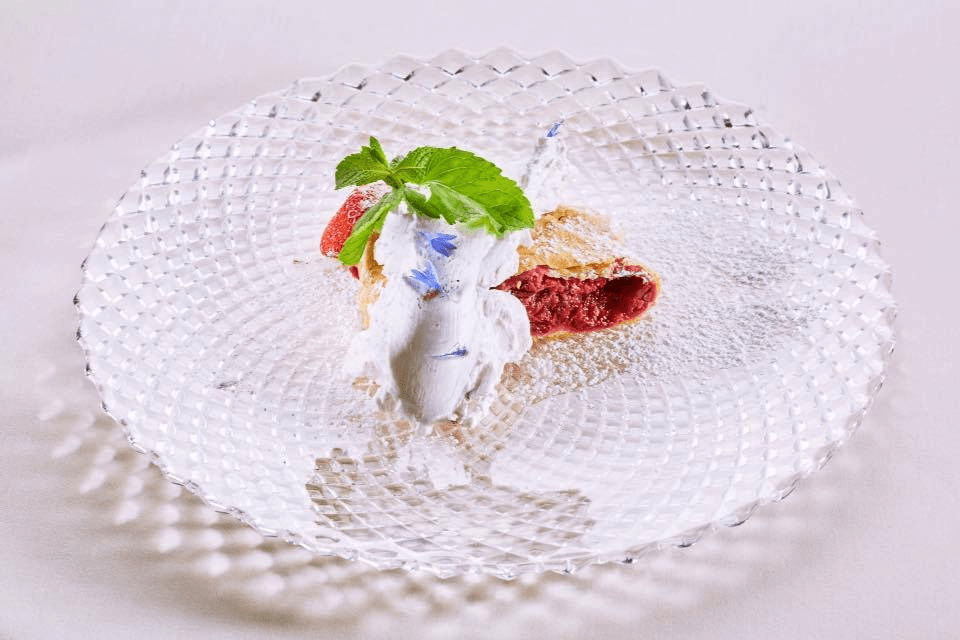 Where can I eat strudel in Lviv?

Branded dessert of the owners of the hotel “Swiss” and restaurant “Valentino” from the end of the 19th century. – the famous cherry strudel.
Strudel is one of the most popular desserts in the world, says the sus-chef of a restaurant in Lviv. It consists of a very thin dough in which the filling is wrapped. Due to this, the strudel got its name, which literally translates as whirlpool.
Traditionally, the dough is made from water, butter and flour with a high content of gluten. Kneading and rolling out the dough by hand requires considerable effort.
In Vienna they said: “A conscientious baker pulls out the dough so thin that he can read through it love letters to his girlfriend.” That is why it was believed that only a confectioner in love can make the most delicious strudel. Confectioners at the Valentino restaurant are so in love with their guests that they make masterpiece strudels. We invite you to try this dessert, because we do not cheat!
Probably everyone has heard the famous name “Viennese strudel” at least once in their life. Vienna is a place where strudel has spread to all corners of the world. But here’s what’s interesting in the capital of Austria, he got like oriental sweets. The Arabs were the first to prepare desserts based on very thin dough, rose jelly and orange syrup. However, their method of preparation differed from the modern one. Layers with stuffing on top just stacked on top of each other. This approach is still used to make baklava.

In our restaurant “Valentino”, we prepare this famous dessert according to a special homemade recipe of the former owners of the hotel.
We will be glad to see you to prepare a delicious dessert for you in a restaurant serving in Lviv.