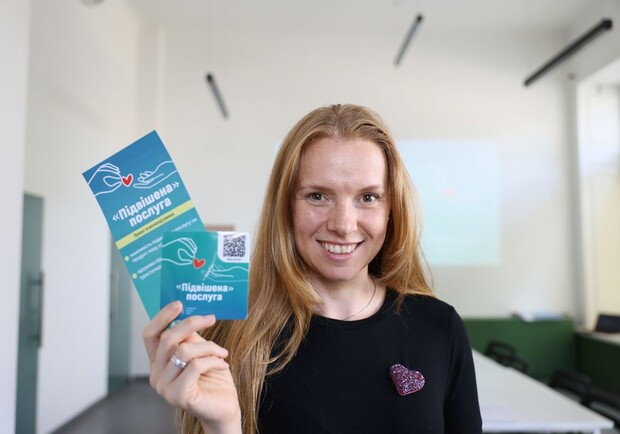 In Lviv, a charity project of mutual support “Suspended service” was introduced. Residents of Lviv will be able to pay in advance for a service or product in an institution for a stranger who needs it.

In Lviv, the mutual support initiative “Suspended service” was launched. According to the model of “suspended coffee”, Lviv residents will be able to present many more goods or services to other people. First of all, they will be offered to displaced persons, military personnel and their relatives, and orphans.

The head of the Lviv tourism department, Khrystyna Lebed, said that the idea arose from messages on social networks from foreigners who wanted to give coffee or dinner to the migrants.

“At first, we helped them contact food establishments in our city, but later we decided to develop this idea and expand the range of services that can be given to others. Because of the war, many people deny themselves coffee or a trip to the theater. We don’t want people to deny themselves rest and emotions, because this is important for our mental health, so we decided to organize such an action. At the same time, we are talking about supporting entrepreneurs and cultural institutions,” explained Khrystyna Lebed.

Mykhailo Shevelyuk, one of the partners of the project, the marketing manager of the Valentino restaurant, noted that they also often received requests from visitors to pay for coffee for the military.

“We inform the guests of our establishment that it is possible to purchase coffee, tea, other drinks, desserts, lunch, and in this way “suspend” this order, and it will be able to be used by the military, compatriots from the occupied territories, as well as Ukrainians who need it.” Mykhailo Shevelyuk added.

The partners of the “Suspended service” project in Lviv are: